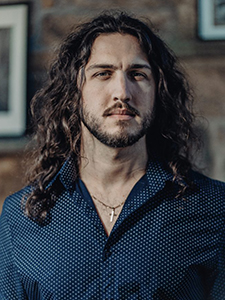 Alex Cano is a New York based folk/alternative rock solo artist. Studying music since the age of 5, he began his professional music career as a drummer in his mid teens. He has since lent his multi-instrument skills to a myriad of musical projects, eventually falling in love with songwriting and shifting his focus toward his own solo career shortly after graduating college.

​Cano’s sound has been described as a cross pollination between high energy alternative rock, and reflective folk/roots rock with a touch of outlaw country. His soulful baritone voice (often compared to those of Jim Morrison, Johnny Cash, and Eddie Vedder) makes you feel his honest stories of resilience and survivorship. Significant influences include Foo Fighters, Led Zeppelin, Pearl Jam, Jason Isbell, Chris Stapleton, and Soundgarden.

​Alex’s debut album ‘Every Rise of the Sun’ was released June 25, 2019. Co-Produced by Cano and his cousin Nick Sochan, and a majority of the instrumentation performed by Cano himself, it has since been featured in publications such as Paste Magazine and Indie Current. LEading up to and following its release, Cano has toured the United States in support of the record. Still active, the tour has spanned over 50 cities, and has been highlighted by performances such as Pleasantville Music Festival. 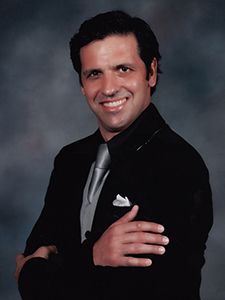 Biography
Joss started Cello at age 5 and percussion at age 12. Joss fell in love with the Drum and became a Drummer of underground bands such as Feedback and later the popular French-Canadian country-punk Band WD 40. In the early ’80s while studying for a bachelor in performance Joss became the drummer of combos such as The Starlighters and The Savoy Swing Band at the Opemguin Caffe in Ottawa.

In 1985, Joss Cano was selected as a member of the National Youth Orchestra of Canada. He played under the direction of Ole Schmidt, a disciple of Danish composer Carl Nielson, who gave Joss his first conducting score for Prokofiev’s Cinderella Suite as an inspiring gift for the young musician he addressed as “very gifted.” In the late ’80s Cano was a regular percussionist with the Ottawa Symphony and the National Arts Center Orchestra. Among the conductors with whom Joss holds fond performance memories is the late Erich Kunzel, conductor of the Cincinnati Pops. He performed with Kunzel on several occasions with the NAC Orchestra.

A regular director-producer and music consultant for the Musiqueplus-Musimax and BRAVO! Networks in Canada in the ’90s, Cano conducted in-depth interviews with many notable recording artists such as Renée Fleming, Zubin Metha, and Philip Glass.

His passion for rhythm and especially for Afro-Cuban music led him to produce documentaries with all the members of the Buena Vista Social Club that were nominated for the Canadian Prix Gémaux. Joss holds a B.A. degree in music from Ottawa University and an M.A. degree in music from Université de Montréal, Canada. He also earned a Television Production Certificate from the British Broadcasting Corporation, London, where he directed a short documentary about the original recording of Star Wars with members of the London Symphony Orchestra.

Joss co-directed the original production of Time Travelers and Fame Academy. Over the last 10 years, he co-directed Disney’s junior performances of Beauty and the Beast, Mary Poppins, The Lion King, Aladdin, and more recently,  IPBA’s Virtual Moana jr. He was recently credited “original idea by” for the Virtual Nutcracker entirely filmed on green screen with virtual backgrounds. Joss also helps to promote teachers online emphasizing the creative ways to use virtual mediums. Joss lives now in California with his wife Zaylin and their sons Ethan and Eliah.  He teaches his first passion Drums, and Percussions online, for the Crestwood Music Education Center. 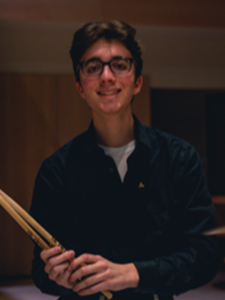 Jake Staffin is a New York based drummer and percussionist teaching at Crestwood Music Education Center. Jake has been studying percussion since the age of 9 and is a Westchester native; he graduated from Scarsdale High School and took percussion lessons at Crestwood Music Education Center before going off to college. Jake holds a Bachelor of Music from Ithaca College, where he studied classical percussion under Gordon Stout, Conrad Alexander, and Mike Truesdell, as well as a Master of Business Administration in Entertainment and Media Management from Ithaca College.

Jake has performed as a percussionist with the Westchester Symphonic Winds under Curt Ebersole, and in various large ensembles and chamber groups at Ithaca College including the Wind Symphony, Brass Choir, Percussion Ensembles and Klezmer Ensemble. He is also a member of the Phi Mu Alpha Sinfonia Fraternity of America, the world’s oldest and largest fraternal society in music.

Jake’s areas of focus in music include classical percussion for solo and ensemble performance, plus various styles of drumming such as jazz, rock, fusion and progressive rock. In addition to working at Crestwood Music Education Center, Jake is also working with fellow Crestwood instructor Alex Cano as a producer for the Craft Culture Tour, a summer concert series across the northeastern United States covering the intersection between live music and craft beverages. 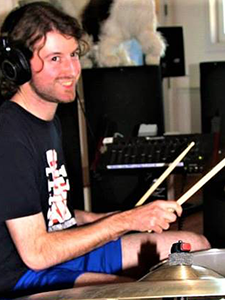 Ryan MacLean began taking drum lessons himself at the age of three and has never looked back. From Elementary School through High School he became both an accomplished drummer and percussionist on instruments such as timpani, mallet percussion and drum set in both Orchestra and Wind Ensemble settings. During that time he also became a fluent guitarist and vocalist. He earned a degree in music composition and performance from Bard College primarily in jazz while also studying contemporary composition with composers Joan Tower & Erica Lindsey as well as Brazilian Samba percussion.

Whether it’s jazz, classical, rock, latin, r&b or any other variety of world music Ryan’s passion is not just limited to playing these styles but sharing them with others. At Crestwood Music Education Center Ryan focuses his drum teaching on not only the musical interests of his students but how to best enrich and enable them in any musical context. Through syncopation exercises and sticking patterns Ryan aims to make every student feel comfortable working each hand and foot independently across the drum kit while also making sure sticking techniques ensure the most comfort in playing.

As a performing and recording artist, Ryan has worked across the country playing and recording in renowned facilities such as Avery Fisher Hall, Levon Helm Studios, The Fisher Center for the Performing Arts, Dreamland Studios, Atlantic Records Studios, Tarrytown Music Hall, Asbury Lanes, Ridgefield Playhouse and countless others. He continues to record and perform both his own music with his band Meadowhawks along with other artists including Alex Cano, Rachel Ana Dobken and New York City-based wedding band The Hook Club.